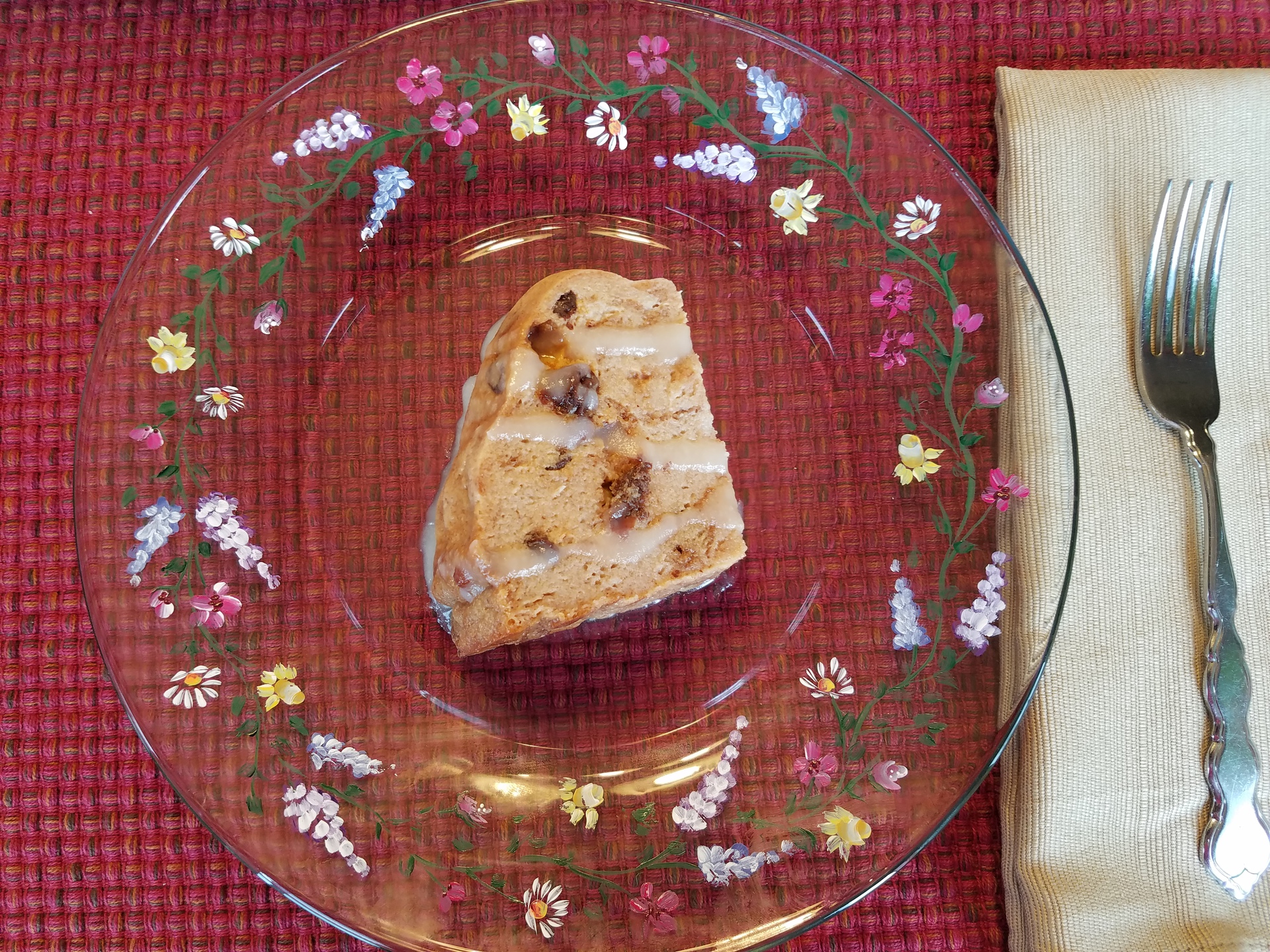 Our bread pudding is so moist with a smooth texture that it can be consumed without any toppings.  However, some individuals bake the bread pudding with a caramel layer on top (similar to flan) while others prepare a flavored caramel sauce to pour over the bread pudding.  In contrast, my friend Laurie, a Vegan Chef, serves our bread pudding topped with homemade whipped cream drizzled with a dark chocolate sauce.  It is so delicious!

Furthermore, these are the countries that today consume the most bread pudding:  United Kingdom, Puerto Rico, Mexico, Argentina, Belgium, France and the Southern State of US – Louisiana.  We certainly love our bread pudding! 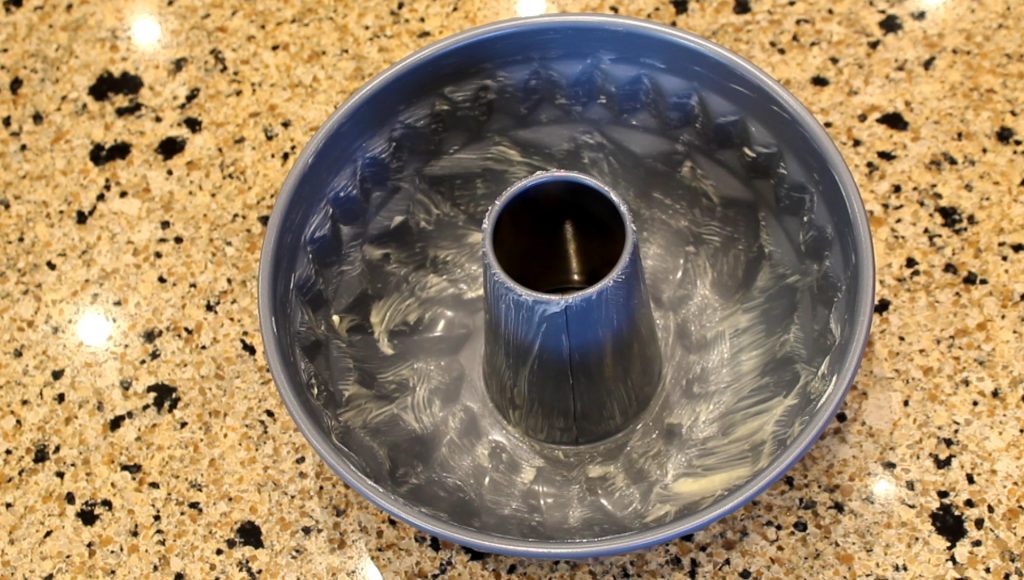 Grease the bundt pan with butter, including the center tube. 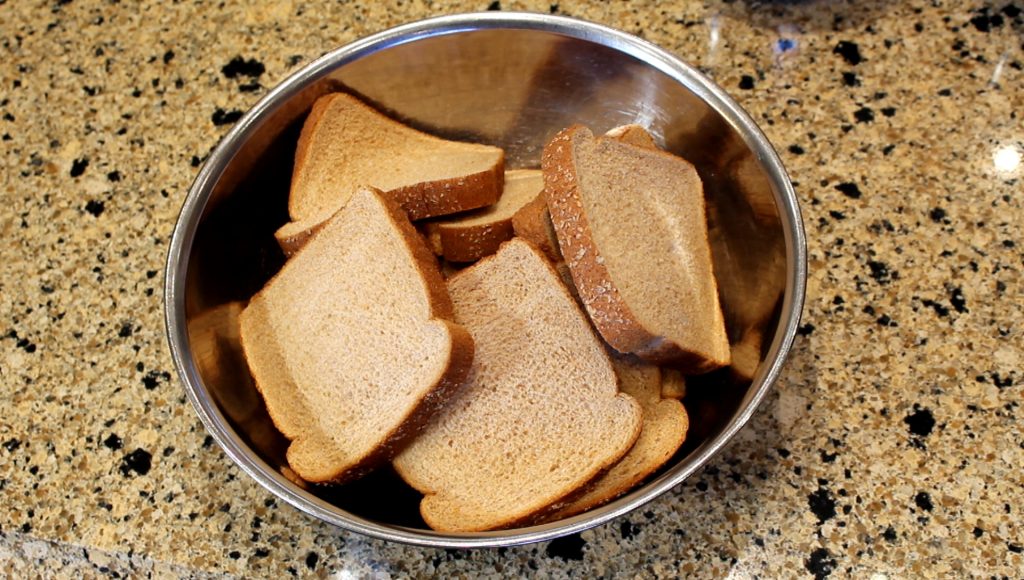 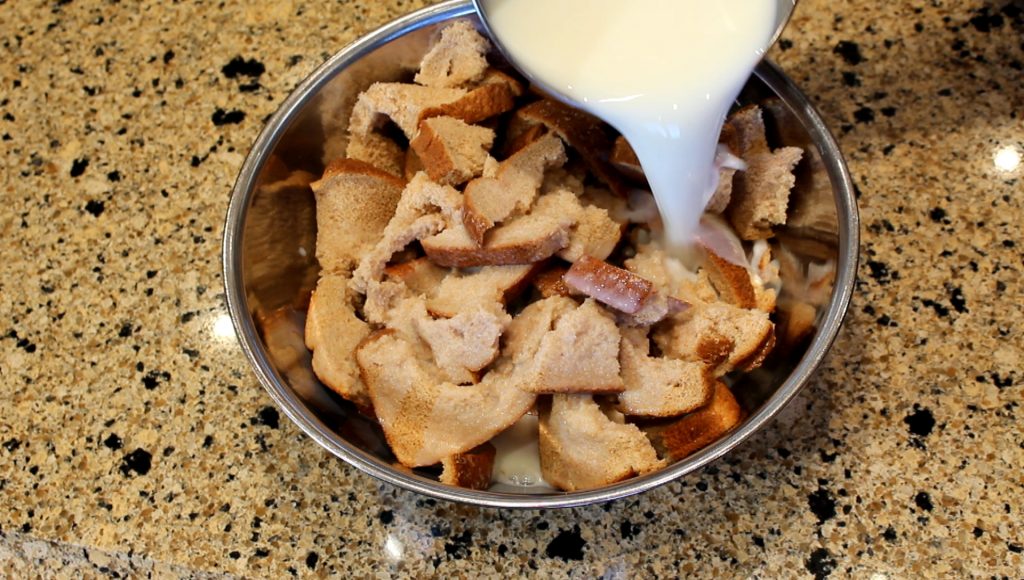 Shred the bread into small pieces with your hands.  Pour the skim milk and evaporated milk evenly over the bread. 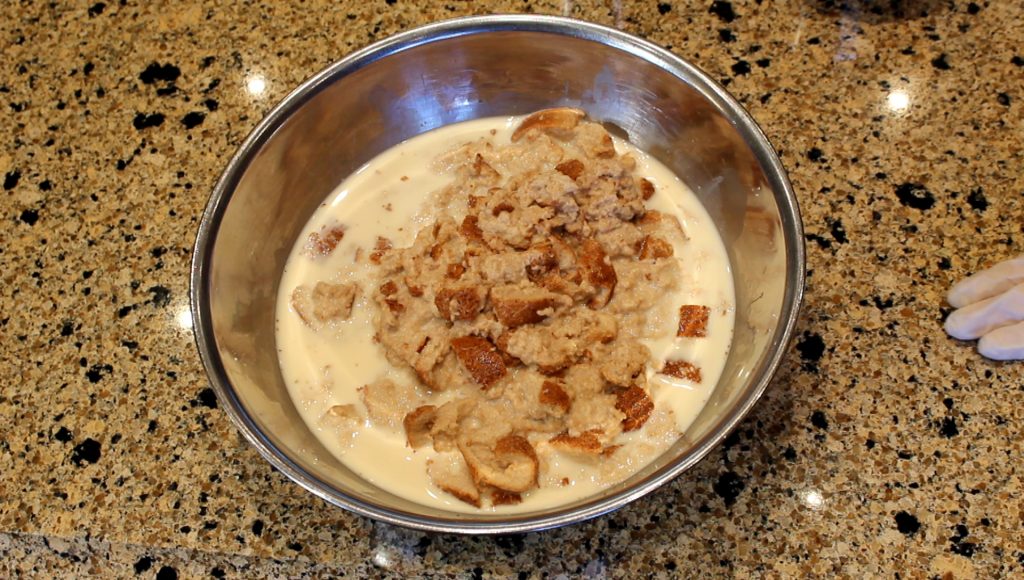 Let the bread soak for 3 minutes to absorb the liquid.  If using stale bread, soak for 3 to 4 hours or overnight. 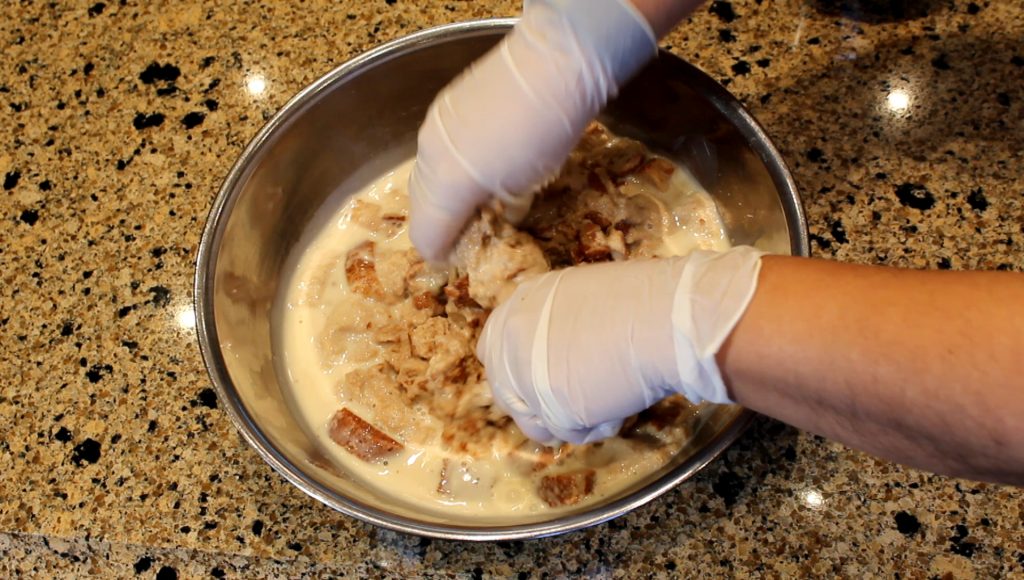 With your hands, shred the bread again into smaller pieces. 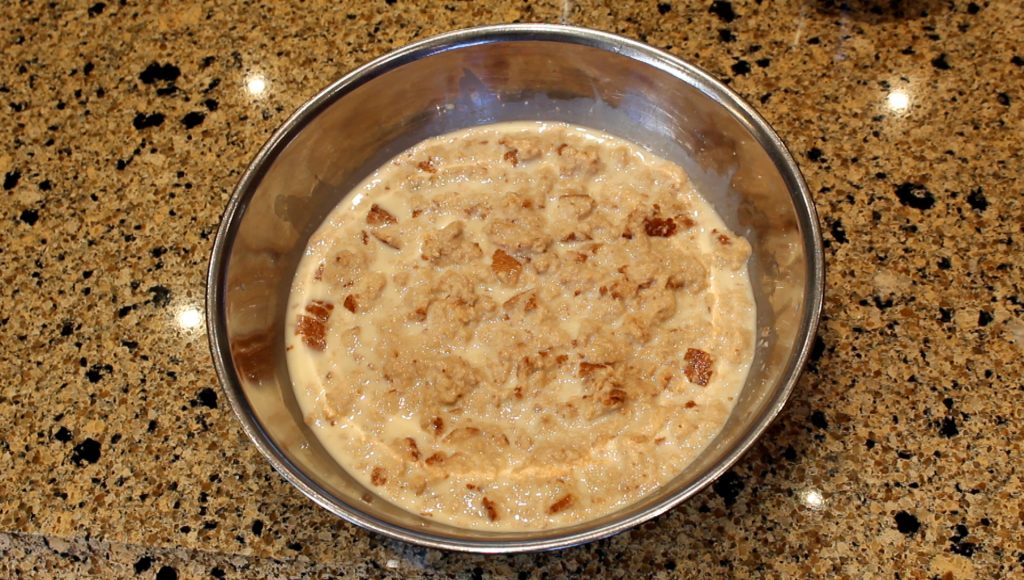 The bread mixture should have a smooth consistency.

Now We Can Add the Remaining Ingredients! 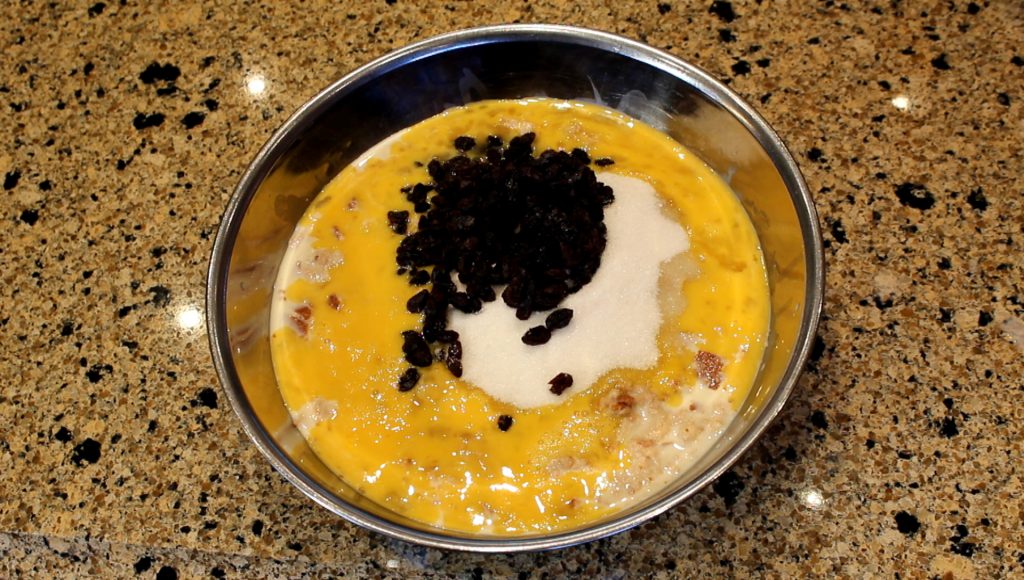 Add the eggs, sugar and raisins. 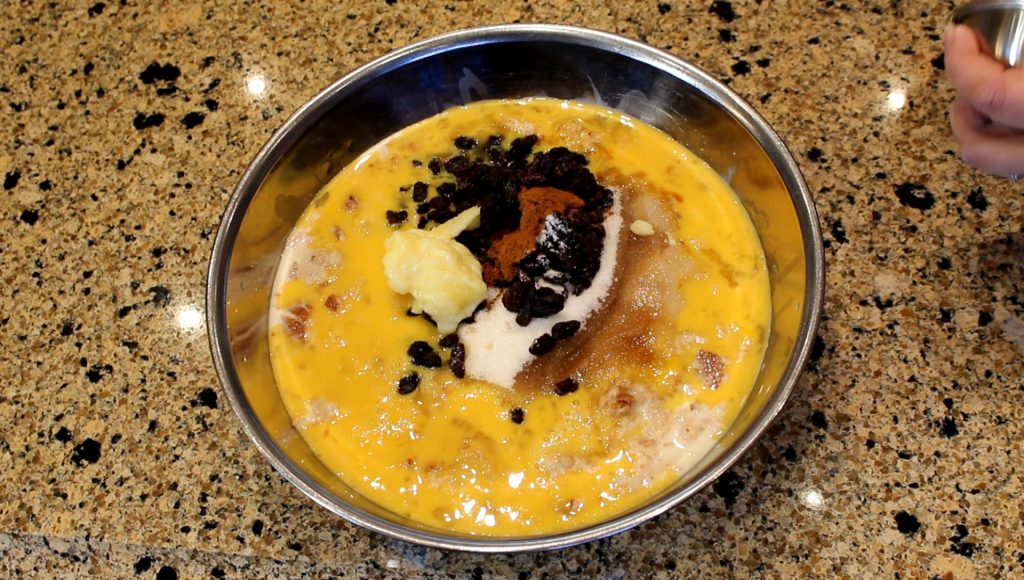 Let’s now add the vanilla extract, salt, ground cinnamon and soft butter.  With a spoon, mix all the ingredients until well blended and a smooth texture is formed. 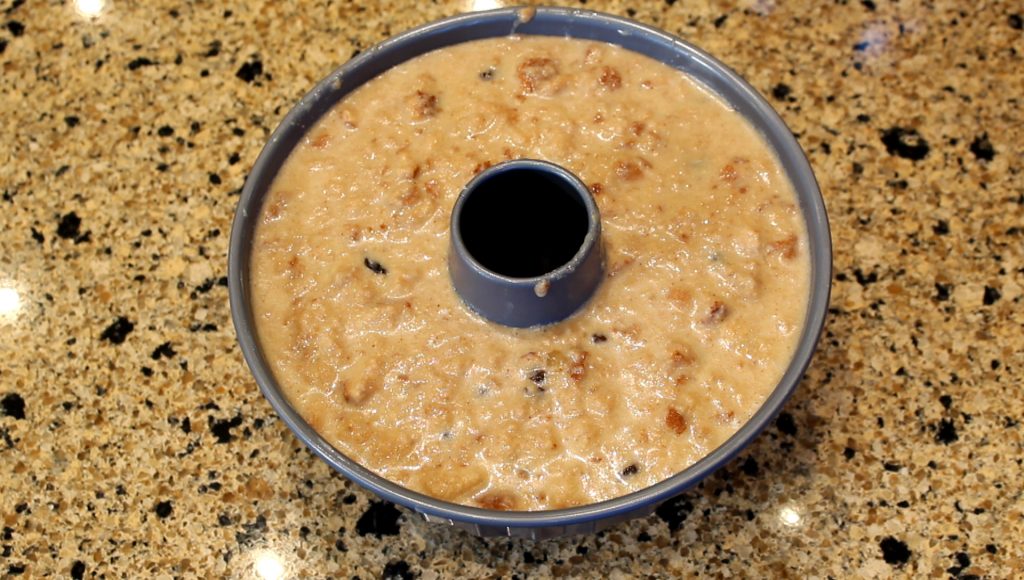 Preheat oven to 350°F.  Pour bread batter into a greased bundt pan and bake for one hour.

Let stand for 30 minutes or until it cools to remove the bread pudding from the bundt pan. 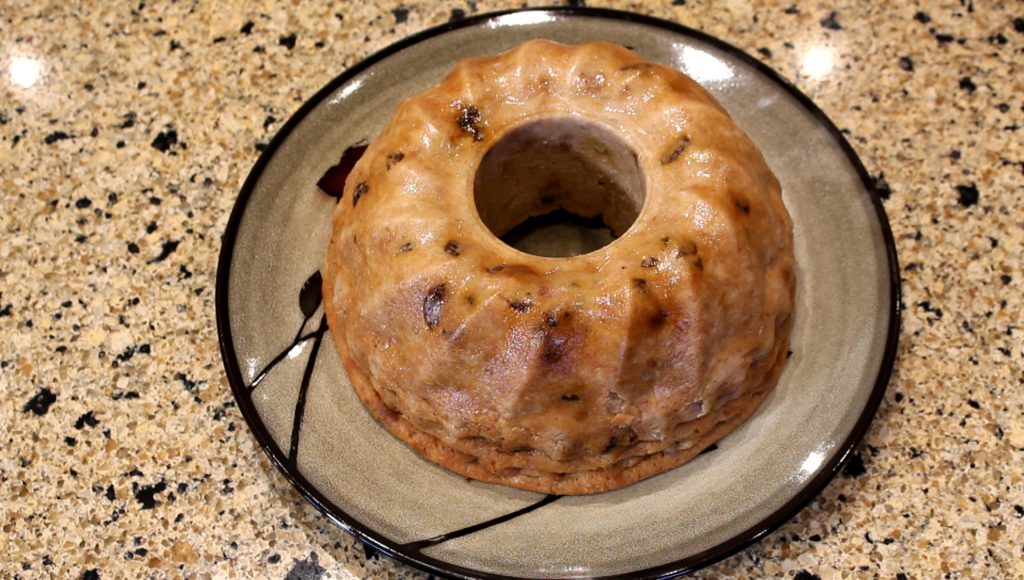 With a knife, cut a slice of the bread pudding and serve on a plate.  If you would like, you can drizzle rum caramel sauce (See recipe below) that I created on top of bread pudding.

A bread pudding so moist with a smooth texture that will definitely satisfy a sweet tooth.

You can serve the bread pudding with rum caramel sauce:  ½ cup sugar, ¼ cup soft margarine and ¼ cup white rum.  In a small saucepan, add all the ingredients and cook until the sugar is caramelized.  Pour over bread pudding on top if you so desire. 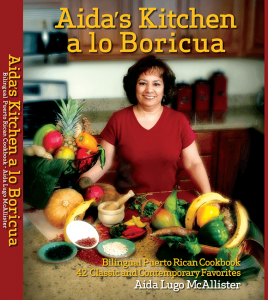